Previously, I renamed ‘Weekly’ Wrap-Ups to Recent Reads, as I feel like that reflects the timescale between posts more accurately!

As ever, today I will briefly reviewing all the books I’ve read since my last post in approximately fifty words. 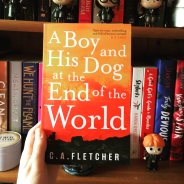 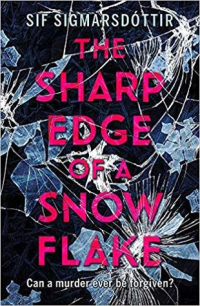 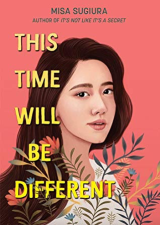 I heard about this book about a year ago and was instantly sold on the premise of an amazing woman who is secretly a badass journalist challenging racism and sexism. Safe to say, I was not disappointed. Jo is a phenomenal protagonist and I strongly encourage any fans of historical fiction to pick this up! Four stars.

I am studying both of these books and found them thought-provoking, but am still trying to gather my thoughts for my coursework! They have such distinctive voices through their writing styles and I enjoyed their satirical natures.

I actually review this yesterday, as part of my regular feature, Let’s Talk YA. You can check out my full review here. Four stars.

5. The Liars by Jennifer Mathieu 🧠⭐️

I love a good multi-narrative, complex story and The Liars gave me that. Joaquin was by far my favourite character with his emotional turmoil and difficult decisions. The family dynamic was so messy and abusive, with massive triggers for drug use, alcohol, physical, mental and emotional abuse. An enjoyable summer read. Three and a half stars.

I felt madly disappointed with this book, as I didn’t think it quite lived up to the hype. The enemies to lovers trope and whodunit were brilliant catnip for me and that bloodcurdling conclusion as pretty epic, but overall, it just fell slightly flat. Three stars.

This was such a heartfelt, emotionally devastating and important book. You can check out my full review here.

This was the magical murder mystery content I needed. Slick, tight pacing helped ratchet up the tension, along with the multi-narrative allowing me to peek within other character’s heads. Ultimately this is a story about perceptions, discrimination and the harm people do to each other that is an enthralling and beautifully written ride. Four stars.

9. The Sharp Edge of a Snowflake by Sif Sigmarsdóttir 🧠

As it’s autumn and I am a massive mood reader, I immediately leapt into another mystery that I’ve been intrigued by for quite a while now. I loved both Hannah and Imogen’s narratives, each emerging with a very distinct and memorable voice. That ending left me demanding more content and definitely some answers. Four stars.

I binge-read this twisted, dark conclusion to one of my favourite YA fantasy series. As always, Blake had plenty of tricks up her sleeve, meaning that I never managed to put the book down. I will be sad to say goodbye to Fennbirn and all its complex inhabitants, but don’t worry, no spoilers here! Four and a half stars.

11. This Time Will Be Different by Misa Sugiura 🧠⭐️🏳️‍🌈

I loved the political message that shone through, with good comments on social activism, friendship and growth, which I really enjoyed. This was an eye-opening and thought-provoking read that tackles several important issues, but I just didn’t connect to CJ as much as I wanted to. Three and a half stars.

I’ve also decided that very time I post one of these, I’m going to pick between two and four books to be my ‘Chosen Ones’ of the post! This time, these are The Sharp Edge of a Snowflake, Five Dark Fates and Every Sparrow Falling. 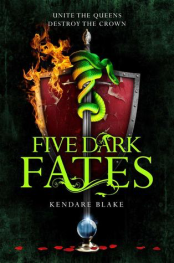