Today, I’m sharing another instalment of my Mini Review Mondays, after reviving it last week! In case you haven’t seen any of my previous posts, I do ‘mini’ reviews of books that I’ve read, loved and usually promised to review ages ago.

Today, I’m focusing on two female-led, utterly captivating thrillers that I have not been able to get out of my head.

The Female of the Species by Mindy McGinnis 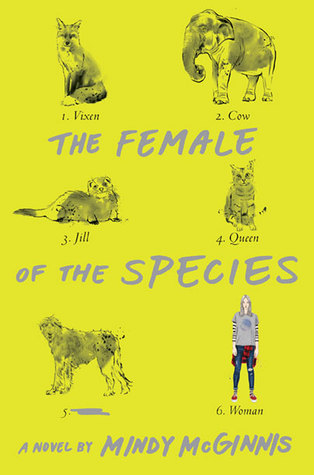 A contemporary YA novel that examines rape culture through alternating perspectives.

Alex Craft knows how to kill someone. And she doesn’t feel bad about it.

Three years ago, when her older sister, Anna, was murdered and the killer walked free, Alex uncaged the language she knows best—the language of violence. While her own crime goes unpunished, Alex knows she can’t be trusted among other people. Not with Jack, the star athlete who wants to really know her but still feels guilty over the role he played the night Anna’s body was discovered. And not with Peekay, the preacher’s kid with a defiant streak who befriends Alex while they volunteer at an animal shelter. Not anyone.

As their senior year unfolds, Alex’s darker nature breaks out, setting these three teens on a collision course that will change their lives forever.

This is definitely a dark, utterly captivating book that holds no prisoners, but it’s the raw, unflinching dissection of rape culture that is desperately needed.

Alex as a main character reminded me so much of Sadie in that they’re both morally complex, flawed teenage girls seeking revenge for the terrible actions that have happened to them. Both books simmer with justified rage that spills off the page and affects the reader, ensuring that these are books that you’ll never forget.

In fact, all of the three main characters – Alex, Claire and Jack – felt so realistic with their own flaws and strengths that made them feel so much more three-dimensional. McGinnis has created such a strong, emotionally powerful story and the writing really reflects that, with beautiful prose and snappy, thought-provoking dialogue. They all grapple with learned sexism and that dialogue is not necessarily a comfortable one, but it’s so necessary.

This is hands down one of the best books I’ve read this year and I know it’ll stay with me for a long time to come.

Add The Female of the Species on Goodreads

What She Found in The Woods by Josephine Angelini 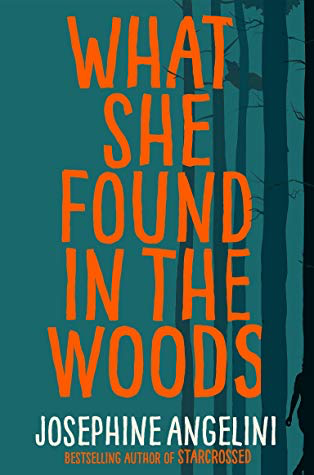 Running from a scandal at her New York private school, Magdalena heads to her family home to recover under the radar.

Over-medicated and under-confident, she’s fearful she’ll never escape her past.

Until she meets Bo out hiking. Wild, gorgeous and free, he makes her believe she might finally be able to move on.

But when a mutilated body is discovered in the woods, Magdalena realises she can’t trust anyone.

First of all, thank you to Sabina Maharjan and My Kinda Book for gifting me an ARC of What She Found in The Woods in exchange for an honest review!

This was such a tightly plotted, tiwsty thriller that I binge-read in one sitting.

Angelini scatters a breadcrumb trail of clues and red herrings throughout the story, gradually leading up to the climax of the book. I liked how the multiple mysteries subtly built up and were gradually revealed, rather than an information overload and too much reliance on dei ex machina.

I loved how Angelini didn’t go down the route of having a romantic relationship ‘cure’ a mental illness, as sometimes happens in YA. Instead, it felt like an authentic, realistic look at mental health and the rocky road of recovery.

Magdalena is an enticing, nuanced character who is nowhere near perfect and I loved how I constantly changed my mind about whether I could trust her or not. The use of her journal as an alternative perspective added to the intrigue fo her character and the multiple layers of the plot, which I really enjoyed.

What She Found in The Woods is a pacy, somewhat dark and gripping YA thriller that will keep you guessing, as any good mystery should do!

Add What She Found in the Woods on Goodreads 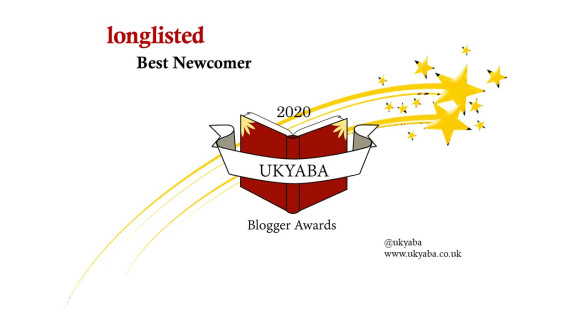